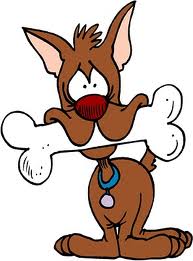 First of all I hope everyone had an awesome halloween. Right now i bet your hyperactive kids are eagerly digging into the abundance of candy driving you and the walls they are climbing up, crazy. Still I got to see quite a few adorable little ones waltz around in their costumes like they really were the princes and princesses they were dressed up to be. It almost makes me want to pop out a little boogermaker of my own. I love children but I am what you would classify as an overplanner and Im afraid children dont quiet fit into that plan yet. we will get there though.

I got some upsetting news that kind of just made the rest of the day go by and slow motion. Im afraid I didnt do anything training wise with the dogs on this day. You see my husband just got back from a deployment to afghanistan in August. We knew that we were due to PCS in March but we didnt know where yet. Not long after my husband got back we found out our next duty station would be Fort Huachuca (pronounced wat-chew-ka) and our report date was March 10th. Now for those of you that arent down with the military lingo, PCS stands for Permanent Change of Station. This is when a military member is relocated
from one duty station to another or a move. On average (dependent upon your MOS) an memeber of the United States Army (HOOAH!) will move every 2 1/2- 5 years. Alot of times its every 3 but it depends alot on the unit your assigned to, your duty station, and again your MOS. MOS means Military Occupational Specialty. Basically your MOS is your job. What most people forget about the military is they are all soldiers but in addition to be soldiers trained to fight for our country, they are also trained for a specific task to help sustain the line. An MOS would be the civilian equivalent of say a cook, or a mechanic, or a dectective, or a lawyer, ect. My husbands MOS is a mechanic. Originally he was going to be sent to a very small base with a non-deployable unit. The unit is basically the company. Theres alot of different kinds of companies with different jobs in one city. same goes for different units on one military base. and within that company there are different people trained to preform different tasks. When I found out we would be stationed in Huachuca, Arizona I was thrilled. That ment that for about 3 years my husband would not be deploying. Hes had a hard time adjusting back to the staqtes since his last deployment 3 months ago so a 3 year break sounded pretty nice. It also fit perfectly into our timeline of when we wanted to start having kids. Things were looking up!

Then yesterday we found out his duty station had been changed. He will now be going to Fort Stewart, Georgia with a unit that has a deployment cycle. The unit he will be with is actually one he ran into while in afghanistan with his current unit. Since they were deployed the same time he was their dweel time will expire about the same time meaning my husband will be up for another deployment in about a year.

Something you must know about me is my father was, and still is as a matter of fact, in the United States Military himself. Hes due to retire soon but of course they are going to squueze on last deployment out of him. He will be leaving 2013. So basically my husband deployed 2012. Dad 2013. Husband 2014. My stress level is at its maximum. My worry now is constant. I hope they will all make it home okay. Our service members sacrifice so much, their own lives. Whether they make it out alive or not military isnt just a job, its a lifestyle. An unfamiliar lifestyle that all who sign up are willing to undertake for the sake of their country. Willing to spend their whole lives moving from state to state to country for just a few years at a time with no control over where they go, when they deploy, what kind of house they live in, nothing at all. Then the families have to move their children from school to school the wives try to hold down the household, kids, and a job while their husband is in another country fighting a war that most people dont even support anymore being told every day how they shouldnt even be over there not knowing if they will live to see the next day. To make matters worse most of our soldiers make LESS THAN MINIMUM WAGE on a daily basis. (dependent upon rank of course). Junior enlisted officers actually qualify for WIC benefits if they have a kid. So basically the governement is saying you work for us. we set the standard. but our employees cant meet the standard so heres some extra government aid. thanks for all you sacrifice here and abroad.

Ok im off my soap box now. I dont mean to complain so much. Honestly I just want to shed a light on what military life is really like because honestly it doesnt seem like america appreciates it at all anymore. I dont know what happened to our flag waving american pride over the years but I havent seen even a glimpse of it since 9-11. Do we really have to face a catastrophe just to be reminded how much our soldiers in every branch do for us? and our fireman? and our policemen? what happened to this worlds appreciation for one another? You dont have to agree with the politics of this country to be a proud american. You just have to believe in the values this country was founded on. Our principle are what make us different from every other country out there and our pride is what moved us forward. We believed in ourselves so we were willing to push harder than any other country. We lost faith in ourselves and look what happened! China is in the lead. Before you know it all elementary schools and highschools will be offering that as a second language instead of spanish. okay okay im off my soap box this time. Promise.

Day 6: Well Halloween happened. we passed out candy, got my husbands paperwork in order for his duty station change, watched scary movies, and of course made an awesome dinner. As for the dogs? STUBBORN! both of them! it was driving me crazy. suddenly Missy thought it was okay to sit on the coach and sh!t on the floor while Belle thought it was a great idea to start biting and jumping. She is not showing aggression but getting just a little too playful. I had my hands so full during the day keeping them in line that I didnt even get a chance to teach them anything new.

Sorry for the lack of a doggie update my friends but we will be back on track on Day 7.  Ihope you tune back in 🙂